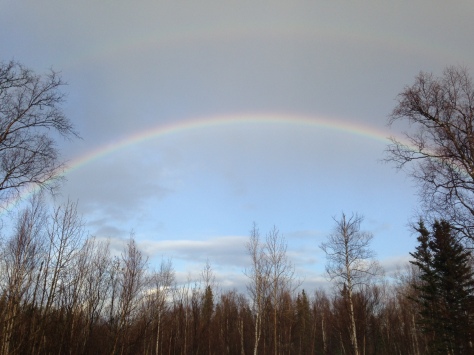 That’s kind of a long time. Over the course of the past decade, aside from the usual 8-5 job and various successes there, I’ve built most of a house, added a workshop, duck-house, chicken-coop, took up woodworking (I managed to sell a few pieces of furniture), fiddled with bonsai, learned much about the art of home-brewing, and, not least significantly, had three children (okay, I didn’t, my wife did, but I was present). In short, a lot has happened. I’m sure at this point you must be thinking: This guy is a smug and self-important bastard isn’t he? If you’re not, perhaps you should be -I would be. The thing is I’m not. In fact, if you think I’m calling these ‘accomplishments,’ you’re wrong*. These are the daily distractions of my life, all of which I have chosen, for the past several years, but don’t worry, I’m going somewhere with this.

When our first son was born, I had my trusty notebook with me for the hospital stay, where I was treated to three nights on a too-short couch and the absolute panic associated with being a new parent. The story I was working on is the very same I’m working on now. It started as two separate sci-fi novels that morphed and merged into a single fantasy series that dropped all of the sci-fi elements**. Back then, I was mostly focused on background and constructed language development. I’d be a lying jerk if I tried to claim I had anything like a plot, and the characters were sketches of people, without any sort of personality.

Now, for the milestone bit: I finally, after a decade, have a full first draft.

Hey! – I got it done, and bits of it are fairly well polished and have even been through beta-readers. It happened last night. I hit the end of a sentence and spent a few minutes trying to think of where I might go next with it and realized the remainder of the ‘story’ was superfluous. Nothing more needed to be said.

Wait! You dodged the question about what the hell took you so long!

Alright! Jeez. It may be that it took me a decade, but in all of that random stuff I was spending time on, I wasn’t necessarily spending much energy on writing. In fact, there were stretches of months, maybe even as long as a year, where I didn’t spend any time thinking about writing at all. It wasn’t until about two years ago that I once again dusted off my notebook and started working on my story. I made some serious progress. Over the course of a few months I ran through what’s now the first five or six chapters of the book, as well as a few other chapters sprinkled in throughout later parts of the book. Then, I sort of shelved it again. We had some family stress and I just didn’t work on it.

An interesting side note here, I had only confided in my wife about this project while working on it, that is until last spring. I started thinking about it again and decided to confide in a friend and co-worker what I was doing. I’m not sure why, but I did.

Anyhow, sometime last summer, I had a shit or get off the pot moment. I don’t remember it exactly, and neither does my wife, though she assures me that’s what happened. The bottom line is that I said (probably after a few beers), I’m going to finish this book dammit!

Are you going to get to the point or just ramble on?

I’m just about to get there, stop interrupting.

What I think I realized is that I had been waiting for some sort of inspiration to strike me. (Emily Russell wrote a good article related to this, if for some reason you’re reading this and haven’t seen that, just stop and read that first – but come back here!). Inspiration isn’t going to finish a book. It’s not the sort of thing that just hits you while you’re driving down the street thinking about the trees*** It happens while you are trying to write, while you are actively thinking about your story. Sure good creative ideas do seem to strike in a flash of brilliance, but the truth of the matter is that you were thinking about it. It’s even better if you’ve written something down. Of course, I’ve had those moments where something strikes me as funny or odd, and I scribble down a note for later. Perhaps that’s a bit of inspiration, but inspiration doesn’t make a book. Writing does. Work does. Effort does. Like it or not, sacrifice does.

Possibly one of my favorite inspiration stories is the J.K. Rowling story about Harry Potter. She was on a train and the boy who lived just sort of walked into the train car with her. Isn’t that lovely? Boom – A multi-million dollar franchise was born! Bullshit. After that bit of inspiration, Rowling worked her ass off on back-story, setting, character development, plotting, and themes. It took years and loads of work (and quite a bit of luck too, but I’m not going there). For all practical purposes, ALL of the story comes from hard work and focus.

So. There it is. Lesson learned. If you want to finish, you have to focus and not make excuses about having too many other responsibilities. One paragraph per night? Good enough. You’ll get there, just keep on it.

* Except for the day-job stuff. I really am pretty full of myself there, but that’s not what I want to talk about.

** Someday I will blog about the circumstances leading to this, but not today.

*** I do this, don’t laugh. My family all thinks I’m a freak because I’ll fawn over the trees on any sort of hike. I will actually stop on a trail, grab a leaf and pontificate about a particular type of tree.