Except for my efforts to get Wine Bottles and Broomsticks published on inkshares.com I’ve got two major works in progress at the moment. The first is the Deep Space Help Desk – I really want to knock that out, but I got stuck -I have to back up a chapter or two and take a different angle. Really, I just need a solid day to focus on that project to get it put back on the rails again. The second project, The Dark Queen of Darkness, is in slightly better shape, even if I’m finding it a slightly more difficult project to write.

The Dark Queen of Darkness is an unexpected project. It launched as a way to test out my new iOS version of Scrivener, and also an excersize in employing tricks learned (stolen) from Terry Pratchett. Not so much as taking his words or style as incorporating parts of his approach to story telling, it appeals to me and, as they say, what doesn’t kill you or get you sued for copyright infringement will only make you stronger. In any case, the story has taken hold because it’s got a fairly clear trajectory. At least, it has if I treat it like a fairy tale, albeit a seriously broken, yet true-to-form fairy tale.

With all that in mind, and some advice received after sharing the first part of the first chapter, I went back and pivoted slightly more toward a YA vibe, and starting working the fairy tale angle a little harder. Right now, I’m looking largely at Snow White, while brining in characters from other tales. This isn’t anything like a new idea, but it’s a new approach for me. I also happen to be fortunate enough to have in my possession a stack of books containing hundreds of old fairy-tales with a publication date of 1928, which I realize as I write this puts these books at nearly 90 years old – the oldest we have in the house by a considerable number of decades. The image up top features one of these books with the illustration of Snow White and Rose Red, which I only know because I read that one last night from the other book of Grimm’s Fairy Tales.

In any case, the idea with this story is to make it an upside-down fairy tale that takes on the well trodden tropes and re-uses them in a slightly bent or fully ironic manner. For example, there’s the huntsman. He appears in a bunch of stories, I’m going to work him in with a lead role. Prince Charming comes in all over the place, even if not by that name. He’ll appear, after all how could a good, epic fairy tale end without a kiss by a Prince Charming? I’ll also see about writing in some dwarves, trolls, elves, wizards, and other various characters. With that, I’m off to do a bit of research and plotting. 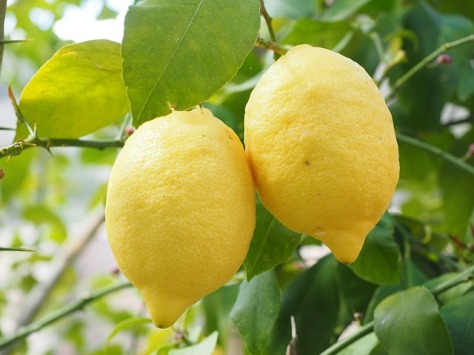 This is an excellent question, and based on completely false information. I don’t have a tattoo of a lemon on my left butt-cheek, but I wanted to see how many people clicked through from such an absurd title. I’m a total stats nerd and so if more than one person took the bait, I’ll be analyzing every bit of information Twitter, Facebook, and WordPress can give me about who took it. Once I’ve done that, I won’t put that information to any other use.

The truth is that I haven’t posted a blog in about a month and it’s time. It’s not that I haven’t written one, because I’ve written several. All of them are whiny, stupid rants about not finding an agent or feeling sub-standard. And it’s true, that’s what’s going on and how I feel about it. But, having a pity-party for myself is a stupid asinine waste of time, even though I do it routinely –I just can’t help myself. In fact, today was one of those days where my ego fought itself relentlessly because my everlasting low opinion of myself may, in some instances, be a tad unfair. I didn’t receive another agent rejection, and that felt good, but I didn’t receive a partial or full MS request either. I didn’t really accomplish great things at work, but I did my best to get folks what they need and may have even made one person happy with the work I have done. I was contacted by someone with Google (the result of my playing of their foo.bar recruiting game over the winter -for those unfamiliar with Google, this alone was something of a feat), and I also got word that business cards for another effort have arrived – Maybe more on that later, still need to get things squared up with work before I can actually being working on the new thing.

All that being said, I’m still feeling down because the one thing I desperately want to succeed at doesn’t show the slightest shred of evidence that it’ll pan out for me. Perhaps that’s what really hard. I’m the sort of guy that will do shit once provoked. It’s vaguely like when you hit a hornets nest and those little bastards will chase you down and lay siege to your house until you starve to death. They just don’t quit. So, when I hit something where I no longer have the control to achieve success, it’s a painful blow.

Before jumping to conclusions about how it is I waste my time, I have not given up. I haven’t given up on the querying, even though it’s feeling like a Sisyphean task, and I haven’t given up on writing. It’s true, I’m not nearly as in love with my current projects as I was with Wine Bottles and Broomsticks, nor am I as committed to finishing any of them. In some ways, I’m still looking for the right story to work on. Book 2 of Wine bottles is where my heart is, but I don’t want to spend six months hammering out another book that is DoA. I’ve got three other book projects in the works, but only two have much of a plot-arc mapped out and the one of them has a YA feel, which I’m not 100% comfortable with just yet. Plus there are some short fiction projects, one of which I’m committed to finishing, but it’s more literary and I’m not equipped to tell the story that I want to tell.

And that’s my writing progress report. It’s not awesome or productive, nor does it cover anything at all relevant to tattoos of lemons on butt-cheeks, but it’s where I am. Maybe one of these days I’ll have something better to report.

I finished another (not the final) read-though and revision of Wine Bottles and Broomsticks yesterday, so naturally, I’ve started the process of researching agents and agencies who might be interested in what I’ve got. My first reaction of this process is that it’s a soul-crushing experience.

I’ve only gotten as far as starting a list of agents to query once I’m ready. The best thing I can say about it thus far is that every agent is pretty clear about the stuff they’re interested in. The less awesome part is that I don’t see how my particular book is going to fit in. Not only that, I anticipate being involved in the process of research, querying, not hearing back (standard procedure), and fretting for a good long while.

The query letter also has me worried. As a hiring manager for a number of years, I know that the cover letter makes all the difference in hiring and even a well-written one can suck. Furthermore, I also know that a generic cover-letter doesn’t do anyone any favors. I expect query letters more or less work the same. After all, the query letter is only an application to have your work looked at. Writing an individualized query to speak to the specific stated interests of various agents could take two or three days each. To put a cherry on that sundae, I’ve got no more than a handful of sentences to sell the idea of the book, so they go on to read the sample (assuming they’ve requested one), and then hope that all of those things get mefrom ‘nope, boring’ to ‘go on…’

The bottom line is that even though I’ve got quite enough work left to on the manuscript, there’s a lot more work to be done in trying to get the thing sold. A lot of work. I don’t mind work, but I have no idea what to expect or how best to approach this, so the mountain looks a lot higher. On the bright side, I’ve got a day-job, so yay for that.