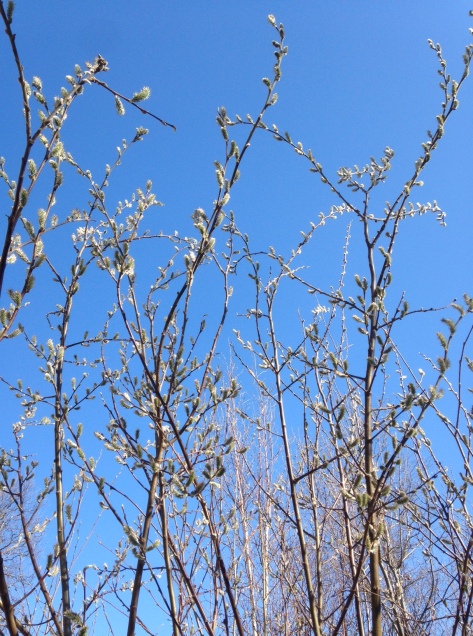 In many parts of the country, I expect the trees are already green, the flowers have sprouted, and temperatures are generally above 70F most days. Here, however, we’re looking at high temps just barely cracking 60F, but that still means summer is coming! – if a little early. In another few days the trees will be green. I’m not going to embellish here, it feels fantastic, it also poses a major problem for me and for any progress I was hoping to make, in spite of being in sight of having draft one of book one finished. It’s just too nice to be inside for anything not involving grabbing a drink or yelling at the kids to go outside.

Today, in particular, I had a hard time even thinking about writing. I spent the first two hours of the day mucking about with social media and drinking coffee. Then, I went outside, hauled my daughter off to dance class, got some reading done, and fantasized about the yard-work that I’m totally going to probably do this summer if I’m forced to. I really didn’t bother coming back in until quarter to eight, except to grab a beer. The only reason I’ll be getting any writing done this summer is that it gets cool and buggy later in the evening, and it’s easier to be inside. Anyone have strategies for writing in the summer? – or should I just not bother, and do whatever? Summer is basically the reason I don’t have a complete novel written.

Also, here’s a picture of the chicks my wife said she wasn’t going to bring home. I had one sleeping in my fleece vest while I wrote this post. 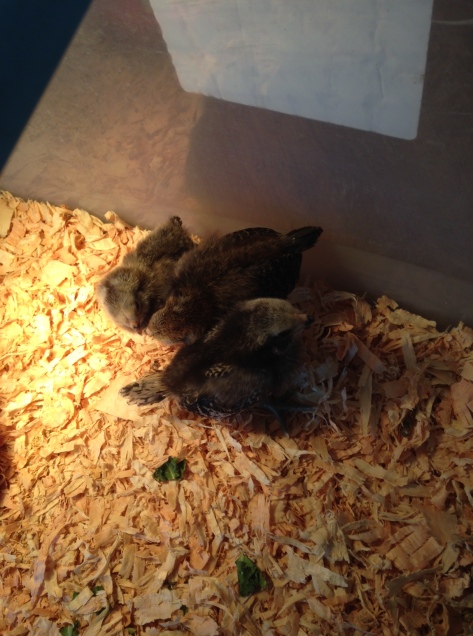 5 thoughts on “Summer is coming”