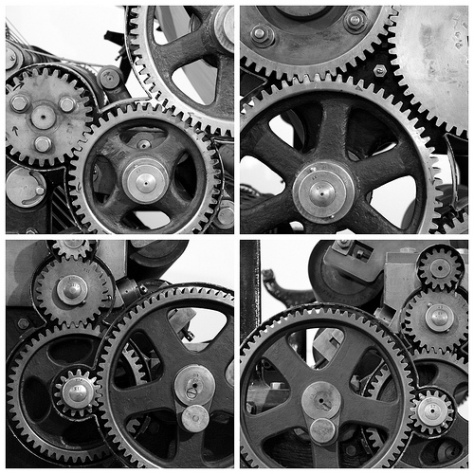 You might expect that I danced around the house beating my chest and being generally insufferable after finishing my first draft. Nope. I barely got warmed up before my ego was popped like a giant over-inflated balloon. While I may have been insufferable for a good fifteen minutes, I hadn’t quite gotten to the ‘beating my chest’ stage of things before sitting myself down with a nip of whiskey. Just as I was about the raise the glass and salute myself for being awesome, my wife looked over her own glass and said, “Congratulations. So what’s your next step?”

I really can’t think of a statement that is at once so supportive, non-critical, and utterly deflating.

The amount of work remaining is mind-boggling. In total, the book is 21 chapters long. There’s every bit of editing and revision you can imagine and more. On the bright side, I’ve already been sharing some of this work with friends and so the first half of the book is pretty well polished. I’d put the number of revisions on most of those chapters at somewhere between 1 and 2 dozen full rewrites. These are at the point where they really just need a bit of polish before going off for another round of beta-reading. Then, I get into the technical editing.

The last half of the book, however, is another matter. It’s in mixed condition. For me, the first full draft for me simply means that I’ve finally got at least a full draft of each chapter in the book up to the end. All but the final two chapters have already been re-written at least twice. Chapter 16, for example, has been with me for more than two years, starting life as chapter 5. It’s undergone tons of rewrites, and reads pretty well.

Are you sure? I mean, if you’re not going to get to the point, perhaps I should move on to another blog?

Just be patient. You can’t rush a really good rant.

It’s not really the editing that was so much deflating, though it’s a major thing to deal with at this point. What’s got me twisted in knots is what comes after that. Beyond revision and editing, which I expect to dominate huge swaths of my summer, I’ve got to start thinking about publishing*. To be perfectly clear, my eventual goal in life is to become a full-time writer. I recognize this is not an overnight thing, which is why I’ve got a pretty damn good day job.

For now, I’m staring down the barrel of two equally daunting possibilities**: I can self publish or try to go ‘traditional’

If I were to choose the ‘traditional’ route. I can polish this until my knuckles bleed, without any real guidance as to whether or not the polishing is even making the damn thing shiner in the eyes of a publisher. Then, I get to spend weeks developing query letters and synopsis, and whatever the hell else agents and publishers want, before shipping it off. At that point, I get the joy of waiting for months and months hoping, and praying***, some magnanimous agent or publisher decides to go out on a limb and take it up an author without a platform. In the mean time, I’ll be waiting months for rejection letters before trying again. Provided most of the accounts I’ve read on this process are accurate, I’ll get to continue revising for months before receiving a little bitty advance, and if I work very, very hard on social media, I might actually get some royalties on top of that. Once I manage to finish book 2, I’ll have to repeat the process, hoping that all of the effort I’ve poured into setting this series up doesn’t go up in smoke.

Traditional doesn’t sound so good from this perspective does it?

So, what if I go the self-publishing route? I could do that. I just need some beta readers to start – we’ll just assume the advice they give me is in-depth enough to address issues of character, plot, theme, and setting in the work as a whole. Then, I need to hire an editor. I’ll just assume my decision here is the right one, I mean, what’s a couple grand *COUGH*. (No problem, I’ve got a spare kidney.) So, that’s line editing taken care of – I don’t really need the other sorts of editing do I? So, whats left? Ah, some cover art, That should roll in at around 500 bucks, (hmmm, do you really need two kidneys?) Once all that’s set, I can get a copy of indesign. Shouldn’t take me but a month or two to get myself professionally comfortable with that, and all that’s left is to work out how to navigate Amazon. Then I hit ‘publish’ and wait for the dollars to pour in right? No… wait I have to work very, very hard on social media, and quite possibly invest some cash in advertising, (people don’t have three kidneys do they?) to see a few copies sell.

You know, in looking back at that to-do list and the associated costs, I’m not really convinced on self-publishing either.

So, then what are you going to do Dave?

I’m extremely conflicted on this point. It seems to me that going through a traditional publishing house gives you a bit of a leg up on the platform building front. I’d like the opportunity to tap into that. To be honest though, I actually don’t think there is a real option for a new author. I mean, I could go through the process of submitting to agents and publishers, waiting for months for each painstakingly mass-printed rejection notice, containing a carefully crafted one-size fits all ‘no thank you’. Sure, new authors do get published in this manner, but many more very good writers do not. I have no expectation that I would somehow be amongst the lucky handful. Of course, I could self-publish, but this is another special version of an up-hill battle, and not one that I’m convinced will lead me to my goal.

Did you get to an answer in there?

No, but if you could help me find a thoroughly convincing argument to go either way, it might help.

* Yes, I know that I’m not done yet, but summer will come and go quickly.
** Don’t bother splitting hairs on indy publishing houses here, there’s no point.
*** I am not a particularly religious individual, but if I needed to pray for something, it would save it for something other than a book.

12 thoughts on “Deflating (how the hell does a new author get published?)”