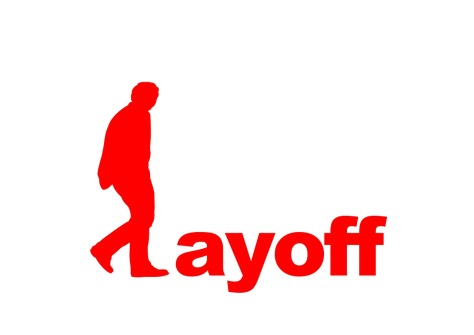 I had written two of these posts, one was good, and the other, well it’s this post. I want to start out by bringing your attention the the following word:

It’s a fun word, and it’s so imbued with sexism, it’s almost not worth using. All that said, its something I identify with. Why? Because I’ve spent my entire adult life earning the primary income for my family. Even holding down two jobs at one point to make it happen. I’m apparently about to lose that title. Not because my wife got a kick ass job that pays 50% more than mine, although that would be awesome, no, it’s because today my layoff notice went into the mail. I’ll be receiving it later this week. I don’t need to see it, because I know it’s coming, sort of like a letter bomb that kills slowly, starting with the soul. It’s the first time in my life I’ve been staring down the barrel of involuntary separation from a job. I’m a good worker – received awards, have real accomplishments to point at, and even manage to help my organization become more competitive, in short, I’ve done all of the right things, but I’m still looking at losing my job.

The last day of work is July 1. In theory, it’ll be a temporary shutdown* and I’ll get my job back. That’s all far from certain though. In fact, as the impacts of this shutdown start to come into focus, it’s looking increasingly like I will be among those not asked to return. Basically, I have a month in which I need to begin making plans. Do I just throw in the towel on this job and start seriously looking for another, or would it be better to hang-tight and assume cooler heads will prevail? Assuming the cooler heads will prevail I should be cheering the extra time off and pretend to be a full-time professional writer until I’m allowed to go back to work. Really though, I want to cry because we just finally got our finances in order and we won’t last a month without my paycheck. I can draw a bit of unemployment, but in order to qualify I’ve got to be actively looking for work, and in any case it won’t do much to cover the bills. What all this means is that yes, I will not be working, but I will be even less able to focus on writing because I’ll be working on getting a new job that I don’t really want. Me and some 10,000 other people will be fighting for the same couple hundred jobs that might be available elsewhere.

If the layoff is extended (or permanent), in all likelihood I won’t manage to find a new job that pays more than half of what I make now – Not that I make lot mind, it’s just that I’ll have to start over. Anytime you do that, you’re going to take a few steps back. Practically speaking though, I’ll have to take a LOT of steps back. Turns out I’m too specialized in a field that has 0 application anywhere else – I have dipped my toes into a few applicant pools only to find that my skill-set isn’t a good match for what the hiring organization is looking for.

It may be true that I have this fantasy of becoming a professional writer (by all accounts this is a long-shot, even with a shit-load of hard work), alternatively, I think it would be cool to operate a distillery (I’d like to make whiskey**). At this point an optimist would be telling me to go for it. Shoot for my dreams. I, however, am a realist***, and realistically, I need to make sure my family has food to eat, a place to sleep, and clothes to wear.

I think what all this means is that this comfortable life that we’ve built that affords me a few hours here and there to frantically chase a fairy-tale will go away. On July 2, I won’t be waking up at 9 to pour a cup of coffee and sit at my laptop to be brilliant. I’ll pour the coffee, which may or may not be mostly bourbon, then fire up my laptop to file unemployment, hone my resume, and continue the soul-crushing search for a job. I’ll also be seriously considering alternatives, some of which don’t involve remaining on our little swamp, with our chickens, ducks, geese, and children. Maybe I’ll have some luck and start a successful distillery, maybe I’ll finish a book or two and find success as a writer, or perhaps become a writer or for a game development company, then again, it’s just as likely that I’ll pull up stakes and take on a completely new adventure.

Life is full of uncertainties, setbacks, and heartbreak. For now though, I’m certain I’m going to see about a bourbon, after that, I don’t know, we’ll see.

* There’s even a chance things will turn around and I won’t leave at all
** That’s a whole other rant. Do you have any idea how illegal it is to make your own whiskey at home? I’ll give you a hint: If you’re thinking about making whiskey, you might be better off selling crack instead. The laws are more lenient.
*** My wife calls me a pessimist.