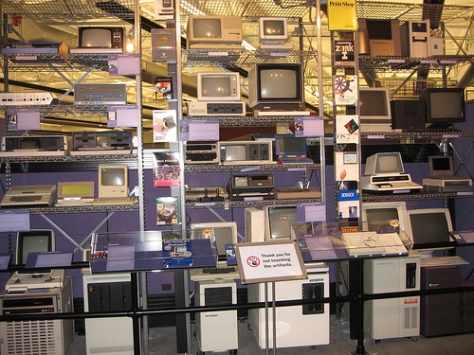 A couple few blogs ago I complained about operating systems and computers. The conclusion being that there is no one solution. Anything you pick to work on is going to give you a headache of one sort or another. Apparently, word processors are the same. At face values anything will work, and indeed as far as simply using your word processor as a tool to get your story down, that is totally true. However, once you’re done writing your story, you get to a point where it has to be shared. That, it would seem, is where the problems start. Of course, if you’re like me and work in a thoroughly multi-computer / platform environment, things get dicey.

So what are some of the options?

MS Word is generally regarded as the gold standard of word processing, it does a lot and it does do it pretty well. It’s highly portable, has a lot of features, and if you’ve spent any time working in an office, odds on, you’re already familiar with it. What’s my problem with it then? First off, it’s expensive, in the neighborhood of $100 by itself, and if you go with Office 365, you’ll be paying that every year. I seriously doubt I’ll ever sell $100 worth of book to even make that worthwhile. The second problem for me is that there is no Ubuntu Linux version of Word (yes I could use a windows emulator like Wine, but it’s a pain). Mac does have a version, but it’s not as reliable as the Windows version. In short, cost and portability make this a tough one for me.

Although I’ve never used it, Word Perfect is still an option. However, coming it at over $200 for a license, cost is most definitely an issue. Again, this one isn’t available on Ubuntu, but it is available for Mac. Might as well go with Word, just for cost alone.

Scrivener is another good option, it’s relatively inexpensive, in the neighborhood of $50. As far as word processing goes it’s bare bones, but it hits the high-points for the needs of very many writers. There are some other major bonuses here, it allows compilation of your novel into a format appropriate for distribution. It also provides excellent document management and organizational tools that allow for notes to be tacked on all over the thing. For drafting or even final construction, this really an excellent option. There is an Ubuntu version, but it’s missing a few essential pieces, the key being spell-checker. The real problem, however, is that you have to be extremely good with scrivener to make it work for others. I recently distributed copies of my manuscript to folks for a beta read, and every single one of them had one problem or another – the point here being, you CAN get all the bugs out of scrivener when you compile, but it’s not as easy as just pressing a button.

If you have a Mac, you’ve got Pages. As far as word processors go, it’s not awesome. It doesn’t suck, but it’s not as feature loaded like Word. The other problem is the very limited scope of document support. It only handles a few document formats. Again, if you’re dealing with multiple platforms (or sharing your work for any reason), this really becomes unworkable.

In the realm of free, you have Google Docs, which you can store on Google Drive. I’ve only used it a bit, but it gets good reviews. While this set of tools supports multiple document formats, you’re stuck managing all of your documents out on the web. There are major benefits here with respect to multi-platform systems, but it does shut down portability a bit. You’ve really got to have Wi-Fi access. Other issues I have here involve to trying to construct a 100,000 word document and then transferring that into a format which could be used to construct a book. I cant say anything with particular authority, but but I suspect this would pose something of a challenge.

Also in the realm of free are OpenOffice and LibreOffice. I’m going to lump these because they both use the .odt format, and generally have the same set of features. These are flexible, support a number of document formats, and can be used in Windows, Mac, and Linux. There are some oddities with formatting and available fonts, but I think most of this might be limited to LibreOffice, in all they’re fairly minor considering the product is overall pretty good and also free. I think the main problem remains that conversion and portability seem to be problematic.

I don’t know that I can say I know what the point of that rant was. I’d say any one of these options works as well as any, again if you can get it MS Word is probably the best tool, especially if you’re working on a single platform. Barring that, how do you choose? – I have no idea. I use LibreOffice as my primary word processor because that’s what Ubuntu comes with. It works fine and it’s free – no complaints. However, now that I’ve discovered Scrivener and started working with it, I’m moving all of my projects over there. This is largely because of the other tools it has relating to making notes and various compile options. Once I figure it out, I expect my problems with portability and conversion should be resolved.

The truth is though that anything really will work, so it’s all up to preferences. Just like computer, anything you choose will have it’s own special problems.

Now that I’m done ranting about word processors, are there any remaining problems? Yes. Stay tuned.