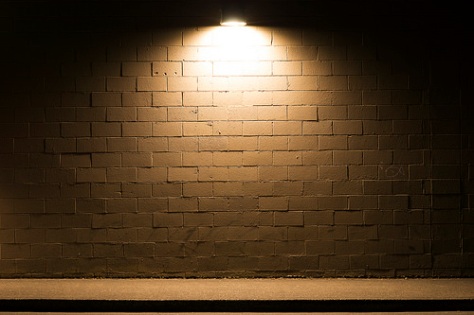 This week I hit a brick wall. I’m not going to call it writer’s block. I suppose that label is just fine, but I hate it because it suggests a block in creativity. That’s not what I’m experiencing, exactly. I wrote and re-wrote a particular section of my WIP about six times this week and got no closer to improving it. On the contrary, I found that the work was actually getting WORSE! The characters started to lose their voice, the plot increasingly twisted toward a series of wrong turns in a forest. The result is a book hard in the ditch (if you happen to be reading this and don’t live in a place that can get 36″ of snow, I’m basically thinking of a car up to it’s windows in snow on the side of the highway). I sat back and evaluated the plot plan and came to the conclusion that while I have a few fun scenes and a few silly characters and even a few very undeveloped themes orbiting around a notion that, in theory, could be whipped into a book. Upon careful examination, I’m not at all convinced my original plan, or even any adjustment of it, is actually going to work.

This wouldn’t be nearly so bad, except that this is my THIRD manuscript for the year, which sounds fairly manic, but it’s 30K, 65K, and 45K each before stopping to assess. The first was ditched because it was a floundering sequel to a book that failed to launch, the second started strong and went side-ways for exactly the same problems I had to kill the Dark Queen. I thought, tonight, before sitting down to write this, that perhaps I’d go one more time through Wine Bottles and Broomsticks and see about shopping it around to a few more folks who might be interested in taking the project on. I started with the main character. He’s not as strong as Betas would like him to be and so I though that’d be a great place to start. Well, I stared at a blank screen for fifteen minutes before realizing that repair just isn’t going to happen. Rick’s a loser, and it’s beyond my skill to fix him. He needs to have a purpose, which he doesn’t. That was the plan originally, but it makes for a story nobody really wants (keep in mind here that I have had a tremendous cheering section and I think about that EVERY DAY). Needless to say, giving him a purpose and re-writing the book around it would not only be a tremendous amount of work, I’m not sure I’m able to pull it off.

So why is this a brick wall? It’s a brick wall because I’ve got half a dozen projects in the air and don’t posses the skills necessary to take these manuscripts apart and put them back together again in the form of a coherent, compelling, and (most importantly) professional work. Anyhow, the whole thing has absolutely killed my confidence and my creativity. I can’t see myself writing out of this hole and every time I look at another book, I feel that I could totally do that, but the reality is I can’t. It’s sort of like being the guy watching some sports thingy on TV and knowing I could do it better, but also knowing full well that the minute I hit the field, I’d die.

Really, this blow to the old ego is hard enough that I very nearly deleted everything I have and deleted almost all of my author platform to walk away clean. I haven’t done that yet, but I’m on the very edge of doing just that. I’ve spent a lot of time and energy on all of it and see myself simply failing. It’s not a good feeling, but that’s where I am. In any case, it may be that I won’t post for quite some time. However, I will still be active on my other blog (bakedgoodsandbourbon.com), because I still cook and even if my family hates me for it, the mostly eat it.

10 thoughts on “Can a brick wall kill an author?”