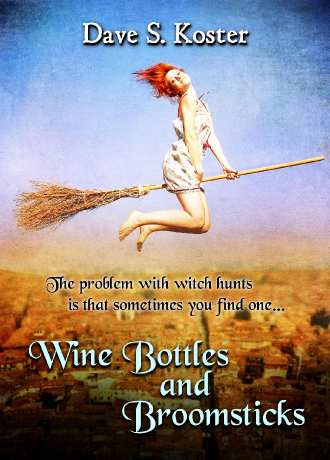 I feel like I should do this more often, but I’m not sure I’d say too much that was useful. As it is, I don’t know that I’ve had anything to say in a while. All that said, it’s been a couple of weeks since I declared Draft #1 of Wine Bottles & Broomsticks fully drafted. What has been amazing to me in the past few weeks has been the response from beta readers to the book. Not only have all of them actually finished the book, they’ve all done so quickly and provided phenomenal feedback. I spent a half an hour on the phone with my sister this evening discussing character motivation and her general reaction to the book.

Where do I stand right now? First off, I want to say that writing this story was exceptionally fast. The bulk of it was actually written during free time on two trips out of state for training. So, basically 40% of the book was written over the course of less than 2 weeks. With that in mind, I’m aiming (probably optimistically) at having a fully expanded, edited draft ready by the end of the month. This is possible largely because virtually all of the readers thus far have provided feedback that hits the same spots – ‘expand this’ ‘what about that’ and so on. So, now I’ve got a plan to expand the manuscript from just shy of 60K to near 80K. In the mean-time, the channillo.com will continue on with the early draft and probably sometime on Sunday, I’ll turn up the crank to release a chapter a week for a while, then maybe up to a chapter a day. Then, I’ll let it sit out there for a few weeks.

My goal is to have this thing ready for a copy editor roll over it sometime early in February. Then, I guess I’ll see if I can drum up any interest from a publisher. If not, well, I’ve got cover art and the book will have been edited, so self-publishing it is.