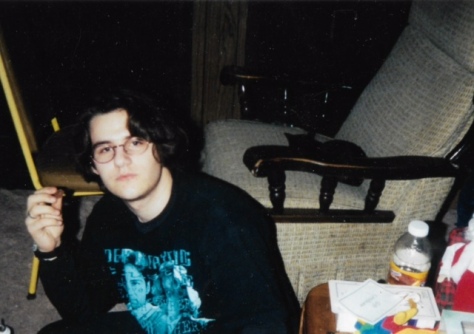 I wasn’t sure I was going to write this post out of fear it would sound petulant or petty, but I’m going to give it a go largely because – milestone.

I graduated high-school twenty years ago this year and while I don’t remember the valedictorian speech, I’m sure it included the phrase: well here we are, we made it. And so now here we are, twenty years later. This weekend is the carefully planned and coordinated reunion. It’s more than one event, actually, and I’m not going to any of it. I’m not busy and the events are just ten minutes away. Nevertheless, I’m not going. The thing is, a lot of classmates aren’t going to make it, some because they are too far, some because of scheduling conflicts, and others yet who had such a terrible time that they’d literally rather be in prison. I’m actually none of these. In all, I’d say my high-school experience wasn’t as awful as it could have been. Sure, it wasn’t great, but who the hell had a ‘great’ high-school experience? Virtually everyone didn’t.

The thing is, twenty years is a long damn time. I’m further from my date of graduation than my graduation was from my birth. On one hand, wouldn’t this be a great time for a reunion? On the other, most of the folks planning on attending were basically strangers to me in high school. Yes, I know their names and recognize their faces, but aside from that, we didn’t know each other then and we don’t now. I’m not saying that any of them aren’t worth knowing, just that I don’t. Plus, outside of high-school stuff, I’ve got no context here. I don’t even remember high-school that well. It would be the equivalent of walking into a brew-pub and striking up conversations with random folks. That CAN be fun, but it’s not my favorite thing to do. Largely because you can’t slink off into the digital ether if you stick your foot in your mouth as you can with social media, where I will absolutely tell strangers shit I wouldn’t tell anyone else.

Twenty years since graduation, however, is a milestone. When the talk of a reunion came up I did think about it. Spent a lot of time thinking about it, actually. Not so much about going, mind, rather I thought about me twenty years ago and the folks that I spent time with. I’m not sure any of them are going to make it at all, which would be the only port in that storm of nostalgic conversation from which I’d be pretty much left out. With the benefit of hind-sight, I realized that graduating wasn’t even the most memorable thing to happen to me that year. Hell, high-school, middle-school – all that, is less time than I’ve spent working my current job.

While this is a milestone year for myself and all of my classmates, I can’t help but look at it and just sort of shrug and hope everyone has a genuinely good time. And with that, I’ll leave you what I think about when I hear 1997.

4 thoughts on “Well, here we are, we made it… [Twenty years later]”